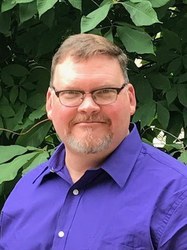 Jeffery T. Ulmer is Professor of Sociology and Criminology at Penn State University, and serves as Director of the Criminal Justice Research Center. He received his Ph.D. in sociology in 1993 from Penn State University, and was Assistant to Associate Professor of Sociology at Purdue University from 1994-2000. His research has primarily focused on state and federal courts and disparities in criminal sentencing, and in capital murder cases. He has also published impactful research on criminological theory and symbolic interactionism, religion and crime, and race, disadvantage, and violence rates. He has received funding for his research from the National Science Foundation, National Institute of Justice, the Pennsylvania Interbranch Commission on Gender, Racial, and Ethnic Fairness, and others. He received the American Society of Criminology Fellow Award in 2021, and received the 2001 Distinguished New Scholar Award and the 2012 Distinguished Scholar Award from the American Society of Criminology’s Division on Corrections and Sentencing. He and his coauthors won the American Society of Criminology’s 2012 Outstanding Article Award. He and Darrell Steffensmeier were also awarded the ASC’s 2006 Hindelang Award for Confessions of a Dying Thief: Understanding Criminal Careers and Illegal Enterprise (2005, Transaction).